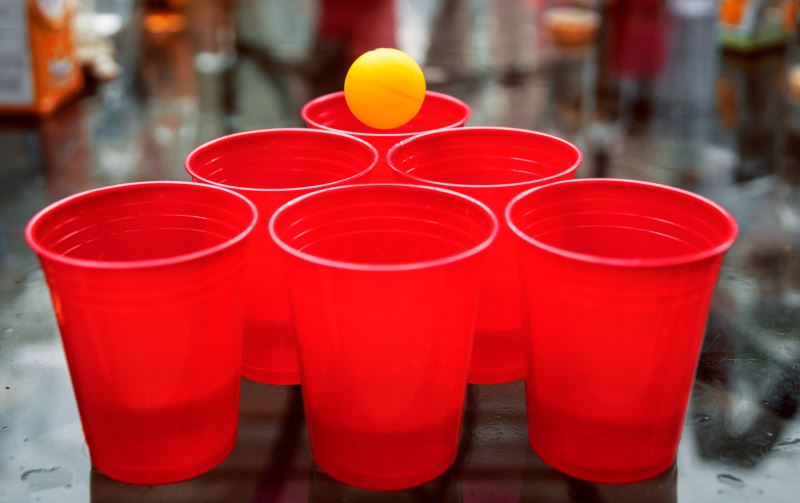 Retreat Icebreaker is a fun way to start

Got a large group of people?  Try these retreat icebreaker games which are suited for groups of a dozen or more to participate in.  For an extensive list of group ice breaker games visit icebreakers.ws

Blanket Game is focused on getting acquainted with the other people on retreat. Divide your group into two, and one player from each side hides behind the blanket. The purpose of the game is for your team to correctly guess other person behind the blanket.

Like many retreat icebreakers, this one focuses on building team work and communication skills. Break the group into sets of five and have each group stand as their own circle. Each person then holds their arms out crossed in front of them, right over left. Each person then takes the hand of one coworker with their right hand and a different coworker with their left. In the end, everyone is touching two different people and all their arms are crisscrossed in a tangled knot. Now they have to “untie the knot” and return to a circle formation without unlocking arms. Any team that unlocks arms is disqualified. Some may wind up with their backs to the inside of the circle depending on how they locked arms but this is fine. Make sure you award the winning team.

Everyone gets a necklace made of string (or anything really) and the object of the game is that when you talk to someone and you say a simple phrase like, “yes” (or whatever word that’s picked) you have to give the other person your necklace. At the end of the event whoever has the most strings gets a prize. It’s a fun way of getting people talking especially when they’re trying to avoid losing their necklace!

Each participant should write down three sentences describing themselves. Example, “I have lived in two countries”, “I’ve eaten tofu in China”, and “Bobs my uncle.” Two of these statements must be true and one must be false. Everyone then goes around in a circle sharing their statements, while the others write down which one they think is false. Then they go around the circle one more time and “fess up.” The person who guessed the most “liars” wins. This is also a great way to share some interesting trivia about one’s self.

Tape the name of one famous person or character to the back of each participant. You’ll need an even number of players. Each person has to find his/her match without directly talking to each other. They might give a description of who they are (once they figure it out) or say a common phrase their character would. Use the following guide as a list or make any list of your own:

* This activity can be adapted by handing out note-cards rather than taping the cards to their backs.

For this game the entire group should form a circle and each participant is given three popsicle sticks. The first person begins by say, “I’d never (insert statement), but I’d like to someday.” Each person who HAS done that activity then throws a stick into the middle. This continues around the circle as many times as necessary. The goal is for each person to run out of sticks.

This can be done in several ways but my favorite is either with a roll of toilet paper or a bowl of candy. Pass either one around and have the players take “as much as they need” but don’t tell them why. Then, go around the group of players and for every piece of candy (or square of tissue), they must share that much information about themselves.

This is great for learning names. Put group members in a circle. The first member introduces them-self, gives them-self a nickname that starts with the same letter, and explains why they chose that name. Then the group works their way around repeating each nickname along the way. If they mess up they must start again at the beginning of the circle. Example:

Kevin’s has owned a retreat & conferences since 1999, and several technology companies since opening his first in 1985.  Spending time with family, working with street people and speaking at events around the world are some of his passions.